In the world of raging digitalization, people are relying on several media to fulfill their entertainment needs. Whether it is YouTube or any social media sites, there is a plethora of software and applications that help users get in touch with the world and entertain themselves in many ways.

There are several media players that enable users to listen, watch, and enjoy different forms of media online. Kodi is one such open-source media player that is available on several operating systems. It was developed by XMBC foundation, a nonprofit technology consortium.

It is a multi-platform HTPC (Home Theatre PC) application that comprises of various features and plug-ins to improve its functionality. It enables users to stream online media content from different services such as Crackle, Pandora, Amazon Prime Instant Video, Rhapsody, Spotify, and YouTube.

Best Plug-ins of Kodi in September 2019

Kodi has sustained its performance as a reliable media player software with the help of its credible plug-ins. There are plenty of plug-ins that are used in Kodi software to make the user experience even more effective ad intuitive. Following are the top plug-ins of Kodi as in September 2019:-

After being neglected by the developers, Exodus 8 has been adopted by the current developers, i.e., Kodi Bae. Exodus 8 is quite similar to its previous version with some tweaks here and there. It comes with a filtering option to choose from the movies and TV shows. Apart from the Trakt integration, Exodus 8 focuses on what’s on-air on popular TV channels.

Though everyone hopes that Exodus 8 is here to stay for a while, it is always better to have an alternative. That’s when Tempest comes into action. This incredible add-on can be used to stream movies and TV shows, along with integrating different movie tracking services.

See also  How Turbine Flow Meters Works and Its Application

The Magic Dragon is yet another great Kodi add-on that plays an important role in making things easier for the users. It comprises a wide range of media content, including movies, TV shows, sports, and even radio channels. It is a third party dependent add-on that will make you rely on a working link always.

A clone for Exodus 8, Movie Theater Butter streams online movies and TV shows. Both add-ons have similar features. The only difference that sets them apart is that Movie Theater Butter finds you the best stream and automatically plays it instead of listing dozens of links.

Loki has been a consistent Kodi add-on since last one year. It faced several severe issues when it was first brought into Kodi world. However, developers have dedicated their time and efforts to improve its functionality for the users. Loki has filtered categories of movies, TV shows, cartoons, sports, etc., from where you can select your stream.

Nole Cinema has been introduced from the last two years, and gradually it is expanding the library as well. As the name suggests, Nole Cinema is all about movies that majorly comprises of mainstream Hollywood movies as well as some International picks.

Exodus 8 is a popular Kodi add-on that has enables users to stream videos online without any hassle. The reason behind its raging popularity among Kodi users is its vast collection in the library.

It depends on different regions to decide whether it is legal to use Exodus 8. Countries like UK, USA, Canada, Germany, Australia, and France have made it illegal to stream videos from pirated sites. There are several movies, and TV shows listed on Exodus belong to such illegal sites that make Exodus 8 illegal in these countries. Users can either stop using Exodus or seek assistance from VPN to encrypt internet traffic and safely use the Kodi add-on.

See also  How To Track My Child’s Phone Without letting Them Know, For Free?

When it comes to online safety, it is essential to keep you Kodi secure. It is advised not to spam Kodi with add-ons as it can be hazardous just like viruses. Exodus 8 is pretty safe to use from the online safety’s perspective. Exodus add-on has rolled back its malicious code that was inserted in its February 207 update.

There are plenty of media player software and apps in the market that has been doing a great job providing a seamless way for users to stream online videos. Kosi has given an immense contribution as an open-source media player that uses several add-ons to make the user experience flawless.

Exodus 8 is one such add-on that comprises of a wide range of movies, and TV shows collection in its library. After being abandoned by the developers, Exodus 8 emerged into reality as a reliable Kodi add-on preferred by users all over the globe.

Features of the Best Hardware to Optimize Server Room Space 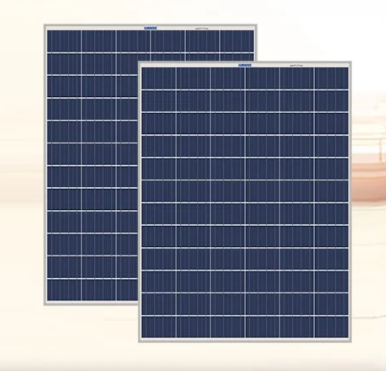 1 Reply to “Exodus 8: A Refined and Reliable Kodi Add-On”

7 Poses That Will Make Your Instagram Photos Look Amazing

We use our social media profiles every day and they have become a big part of our lives. Instagram is...