Goals, bookings, injuries, live videos are more than words to football fans. They are essential news that must be delivered in real-time and without fail every day. Luckily, you can get football updates from nearly all leagues in the world if you have some of the following ten android and iOS apps.

23 million football fans have the Skores app on their mobile devices, and 3.5 million people follow Skores’ football updates on social media. Surprisingly, Skores loves to keep everything simple. Its app is light and occupies very little space on your smartphone.

The app’s user interface features only what football fans want to see: match updates. As such, the first thing you notice when you launch the app is a list of the day’s upcoming football matches. Games are listed by country and leagues while their starting times are designed to reflect your country’s time.

Next to the list of the day’s matches is a ‘live updates’ section. You can view a list of all ongoing matches around the world with their score updates. Being a live football scores & results app, Skores also brings you detailed statistics of each game and replay videos of all matches.

Live Score brings you updates of all popular sports around the world and not football alone. That being said, this is an app for all sports fans. You can install the app on both your Android and iOS devices or subscribe to the website newsletter to get updates on your email account.

After you install the app, all you need to do is to specify what updates you want to get. Turn on the notification icon, and you’ll get updated on everything happening at major football matches. Speaking of games, Live Score provides updates for all major leagues around the world.

You can specify everything you want to be updated with, and it will be listed in the “My Matches” section. So, if you are only interested in top tier European leagues, you don’t have to scroll through hundreds of non-European games for updates.

Ten million downloads, 388,000 reviews, a 4.8-star rating; that’s how well-liked Sofa Score is on Google Play Store. The app is also popular on the Apple Store, and its website and social media accounts also attract millions of football fans.

Similar to Live Score, Sofa Score delivers updates for football, basketball, tennis, baseball and other sports. You can configure the app to provide football updates or even narrow down to specify which leagues you care about the most.

Because Sofa Score also shows you the odds for betting on different bookie sites, it lets you decide whether you want to view the odds in decimals, fractions or American style. Of course, the app only delivers updates if you turn on the notification icon. So do the necessary.

Most football news websites also have apps. Goal.com’s app stands out, however, due to its neat user interface and comprehensive coverage for all leading leagues. Goal also provides betting tips, which explains its popularity with betting fans.

From detailed stats about each team to news predictions to live updates, Goal Live Scores provides updates about everything football fans care about. Its betting data, in particular, can help you analyze each match like a professional. And the best part is that you don’t pay subscription fees for the app.

Similar to Goal.com, Bleacher Report Football is a football news website. You probably know about it, especially its impressive graphics department. The website’s app is an extension of the site in that you get news and humorous animations that mock or appreciates players and coaches after each match.

As such, Bleacher Report doesn’t go into much detail about stats, post-match analysis and injury reports. However, it delivers football news in hilarious, wowing or comical ways thanks to the use combination of excellent graphics and brilliant captions.

As you probably know, Bleacher Report isn’t limited to football. In fact, the website and app focus more on North American sports like basketball, the NFL, baseball and hockey. So, if you have an interest in these sports, bookmark them.

Most football apps focus on men’s games. Forza Football gives equal attention to both men and women football games. That means there are two categories separated by gender. Either way, you can view live updates for teams based on their countries of origin or by leagues in which they play.

When you click a match, the app opens up filters like statistics, tables, and lineups. And since Forza Football provides updates for matches from nearly every country, it’s an excellent app for analyzing betting games.

The English Premier League is arguably the most popular football league. If you love the league, download its official app, and you’ll get updates on all EPL teams and games. Besides goal updates, the app also features a news section where you can learn about injured players or the most influential players before a match.

The EPL app is incredibly neat in design. Its comprehensive coverage of the Premier League is also commendable. But the downside is that you are limited to updates about the English top tier league.

Some of the best football apps provide comprehensive coverage of everything you love about the game. Others like the Bleacher Report app prefers to entertain you with its hilarious captions and pop culture-themed graphics.

The EPL app focuses on the premier league alone while Skores provides updates for all popular leagues in the world. Skores is available on the Play Store here if you are looking for the most respected football news and live updates app on the Internet. 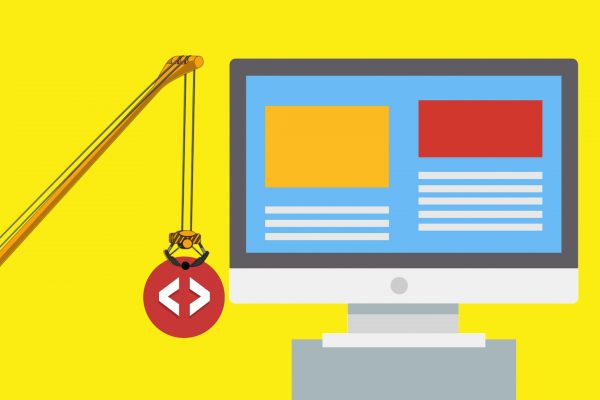 Develop an App – 10 Step by Step Guide for New Developers

Netflix vs Amazon Prime: The Battle of Web Series and Fresh Content

This site uses Akismet to reduce spam. Learn how your comment data is processed.

The top sporting events to bet on in 2020

2020 promises to be one of the biggest sporting years in history, with events coming thick and fast throughout the...