Governments around the world have recently cracked down on gambling in video games through opening cases, packs, and loot boxes in a wide range of gaming titles. Some countries like Germany, Belgium, or Spain don’t allow players to buy casino chips in GTA Online or open cases from X-Ray Scanners in CS: GO due to the new legislation. Valve has managed to help French players by offering the format of X ray CS GO for those players who want to open cases within a gambling regulative crackdown on in-game loot boxes. Here’s what you need to know about this innovation.

How to use the X-ray scanner?

These X-ray scanners were introduced for CS: GO. Instead of a sweeping update, the patch was intended for the French audience. The concept of the X-ray scanning is even less complicated than a standard case opening. It allows French players to scan their selected cases to address the content. In a matter of several seconds, the scanner will demonstrate your potential winnings and give you the option to claim it by applying the right keys. If you don’t like the content, you can’t jump from one case to another to get the desired item. Once the content of your case has been revealed, the scanner will be temporarily locked until the scanned case is claimed.

What are the limits of the X-ray scanner?

By the way, there is only more point to keep in mind. CS: GO players in France can no longer purchase skin containers on the open market, although they can still sell those items they have already and collect new ones throughout the gaming process. The implication is that, even if users can find a potential way to explore the X-ray Scanner’s magical loot-revealing strengths, there’s no possibility to launder high-end products through France inside seemingly-unopened loot boxes. At the same time, this is the sort of system that can be useful for opening guaranteed valuable crates, scanning crates, and selling them in accordance with the item inside. With France already using Valve’s innovation, this may end up causing more of a stir. This is especially the case when it comes to European countries starting to ban digital loot boxes with a gambling connection.

Are there any new CS: GO skins in the X-Ray scanner?

There is a wide range of skins that can be accessed by French players under the new X-Ray collection. The only one that has been introduced so far is for the P250, which will be viewed as the first skin you find when you enter the x-ray scanner program. Moreover, it is considered to be untradeable, so you won’t find them on the community market in the nearest time.

By sticking to the trends of the community market, French players won’t be able to purchase cases from there. At the same time, they will be able to trade them to other players. Of course, they may be hoping for more extensive capabilities, but that’s what they can have at this moment.

On the way to free cases, players still have to go a hard way from leveling up and completing elements of the Major viewer pass routine. Fortunately, Valve has managed to sort out this problem at least in France. The gaming developer knows how to cross such bridges when they happen to be on the way to an enjoyable gaming experience.

Generally, the idea of integrating X-ray scanners does make sense. It allows players to gain a relatively high control over what they purchase in the game through containers. If all containers are scanned before opening, then their content can be examined properly. Thus, players will be able to preview the container’s contents before claiming it. This is a great opportunity that is worth your attention!

Nuances of eSports Betting on Dota 2 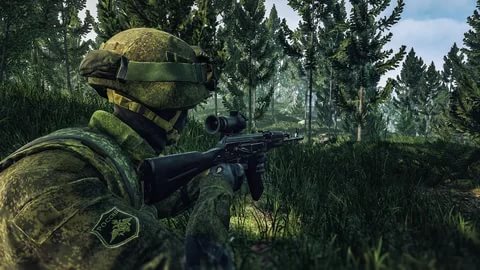 Squat tips on how to get better

One of the most common pitfalls of struggling businesses can be traced back to solvency issues. Solvency begins and ends...