And, according to the Stack Overflow 2019 survey, it’s the most loved and wanted web framework out there.

But what is React JS? And do you even need it?

Needless to say, it’s kind of a big deal.

Stay tuned for a beginner’s guide to understanding React.js and what it can do for you.

What Is React JS?

Let’s go ahead and get the complicated answer out of the way.

Dynamic web content is the content on websites that generate data in real-time (e.g., websites with animation or interactive forms).

Why Do Developers Use It?

So we know React.js deals specifically with what the user sees and that it goes hand in hand with SPA, applications that operate off a browser creating a single page that users interact with, but what is the use of React JS in all of this?

React.js is what allows independent parts of the web page to refresh/load/operate without affecting the entire page. It allows for specialized dynamic actions to take place on a web page.

For example, imagine you’re online shopping. You add an item to your cart, but instead of taking you immediately to your cart, it allows you to keep shopping while simultaneously updating the number of items in your cart.

React.js is the technology that allows for parts of a web page to act independently without negatively interfering with the UI.

Can you see now why companies and developers are going crazy over this? It completely revolutionized the whole UI experience.

On the journey to the center of a website, you will find basic HTML script, that’s a fact. It’s what the computer reads in order to know what to display on the web page.

It’s during this process, when the computer is reading the HTML script, that it creates a Document Object Model (DOM). DOM is the representational tree of how the website will look.

JSX (JavaScript eXstension) is really a React.js extension that makes it easier for developers to modify their DOM. Plus, it works on ALL web browsers, so your work works anywhere!

The real golden ticket though is how JSX allows for massive performance as well as development efficiency.

It’s all in the Virtual DOM.

When using JSX to work on the DOM, it creates a copy or a virtual version of the DOM on which it can manipulate and better see what actually needs to be done.

This process is practically necessary for dynamic websites as the heavy user interaction would become problematic if the site refreshed every time the user did anything.

The result is less computing power and less loading time.

It Does Other Stuff Too

It’s not only about the money and users, though. React.js has changed the industry from the developer’s point of view as well.

Because of React.js being a library (remember a nice little package of coding), it takes away the unnecessary need to deal with “raw” code. A very difficult thing to do, which makes becoming a front-end developer an easier goal for upcoming graduates and even career-switchers.

It also makes for a cleaner abstraction (i.e., it hides away unnecessary language from the developer, making it easier to modify and work with).

Should You Use React.js?

The next question is, should you use React on your next project?

In case it is not obvious enough:

All signs point towards React.js being around for a while, so you can learn and implement this tool without fear of it becoming outdated any time soon.

And with more and more companies migrating to this technology, it becomes safer and more adaptive as time goes on.

It’s also a tool that can be used by junior and senior developers alike, due to its malleable nature.

The only time React.js wouldn’t be beneficial is if it’s being applied to something data-heavy, in which case the application shouldn’t be on a SPA anyways.

The Future of React.JS and You

Now that you’ve read over an official beginner’s guide and know the answer to “What is React JS?”, the only thing left to do is learn it!

Remember, React.js is praised for its ease of use and understanding. This is the time for any and everyone who wants to get into Tech to do so.

Don’t forget to check out Genius Updates for all things tech and business—even for top lifestyle tips! 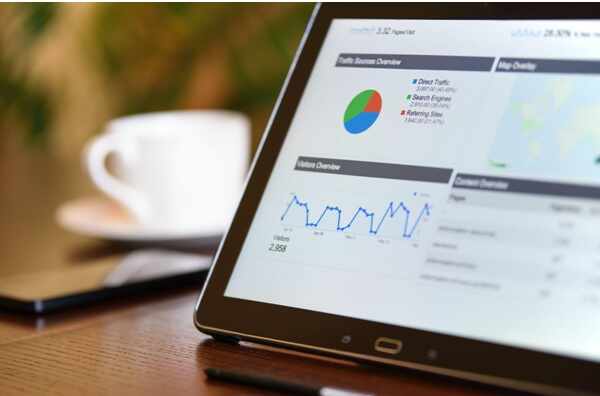 Struggling with a low visitor count? Tune to these amazing tricks

5 Ways Your Small Business Can Use Video Marketing

What Is Search Engine Marketing and How Can Your Business Make the Most of It?

How To Grow Your Small Business With Digital Advertising

It’s Your Time to Shine! How to Get a Patent on an Idea

You have an idea for a product that will change the world as everyone knows it. Something groundbreaking that everyone...