Taxi cabs in the air, driverless cars, truly universal translators, finally stylish augmented reality glasses, a 5G network… Here are the expected innovations that will revolutionize our future during the 2020 decade — projects that could go beyond the wildest dreams of science fiction authors.

It will undoubtedly be the most visible revolution for the general public, but also industries. The 5th generation mobile network, aka 5G, is about to be deployed in most industrialized countries. In Europe, many operators should offer their first compatible plans from 2020. The first 5G smartphones are also already sold worldwide. Still, most of the current models are offered in countries such as South Korea, China, and Japan, where the first antennas are already installed.

In Europe, France, the 5G frequency allocation process was launched by Arcep at the end of last November. Large cities will be served first, with antennas that should be installed in 2020. With promised speeds of 100 times faster than 4G, the 5th generation mobile network should revolutionize our usage of the global network. Indeed, at the time of the explosion of streaming (videos in 4K, Cloud Gaming …), the needs of the general public will grow, since the content is more and more data-hungry.

But 5G is also technology at the heart of an increasingly developing global market. Qualcomm, Huawei, Samsung … All the major telecommunications-related groups are working on it to forge strategic partnerships with different companies. Since 5G will be used in many sectors, its very high speed will allow, for example, to operate something remotely and without delay. Likewise, autonomous cars will be able to share road data and stay connected on all roads.

All the discoveries made in the field of artificial intelligence in the past five years, there should be many applications that we are just starting to use today. That is the case with the generative adversarial network, a formula that may seem barbaric to the layman. But, the antagonistic generative networks are already revolutionizing the world. “There are two AIs work together — one plays the role of a forger, and the other is a gendarme. The mission of the first is to deceive the second. One submits to another, for example, unreal images by applying different effects from its learning (deep learning) and will improve those until the AI gendarme confuse the images with reality”, explains Ylies Zemirline, creative technologist and a subject specialist. The result is stunning and can even deceive the human eye.

And the applications of this type of AI are numerous. We are starting with the cinema sector, which is very interested in this technology, as we can see below with the famous video of Deepfake, which replaced the actor Jack Nicholson by Jim Carrey in his mythical role within the film Shinning.

If this video is only a demonstration, it has given ideas to Hollywood studios that brew billions of dollars. That is how the late James Dean (1931-1955) will soon revive in the cinema in a role he has never performed in his lifetime. He will be the star of the movie Finding Jack (with the agreement of his family). Also, Disney decides to make a special Star Wars film bringing together all the actors of episodes IV, V, and VI, rejuvenated for the occasion — there is only one step to take. That’s enough to make the stars live forever.

The Star Trek series imagined it in the 1960s, and the universal translator is already within our reach. If millions of Internet users already use Google Translate every day, universal translators could well make a giant leap in the 2020s. After having been nourished by different idioms during the last decade, an AI based on the understanding of language and its interpretation will be able to provide instant and relevant translations, including linguistic nuances and puns. Thus, there is no need to learn Japanese to ensure that you are not “lost in translation” during your stay in Tokyo.

If the 2010s saw self-driving cars doing their first laps, the 2020s should witness their development. All car manufacturers are preparing their unique models, with prototypes sometimes worthy of the film Minority Report (2002).

Above all, these vehicles should adapt to new uses. Some, like Volvo, imagine vehicles designed as a room where its passengers would fall asleep during long journeys made at night and wake up the next day once they arrive at the destination. Others, like Renault, are rethinking urban carpooling and considering easily accessible vehicles that could replace buses for short trips.

Finally, the AI will still help the building industry by managing the work of different vehicles and tools. Audi, in particular, already imagines having its vehicle — even if it’s the best electric bikes under 2000 — to interact with other cars. One could, for example, notice and report an accident on the road, while another that could have followed the same route is informed and can automatically choose to follow an alternative route. That is a technology able to limit congestion. Quite enough to make city dwellers dream, isn’t it?

It may be an advancement that will eventually replace our smartphones. After making the first flop in the early 2010s with the Google Glass project, augmented reality glasses should come back in force by 2022. Why that year? Undoubtedly, because Apple would plan to lift the veil on the first glasses of its kind and, as usual, to offer a more general product.

Nowadays, the models sold are primarily aimed at the professional market. Microsoft and its Hololens 2 also are focused on many groups who wish to develop the training of their employees or even on doctors who could review the way of patients’ conditions. 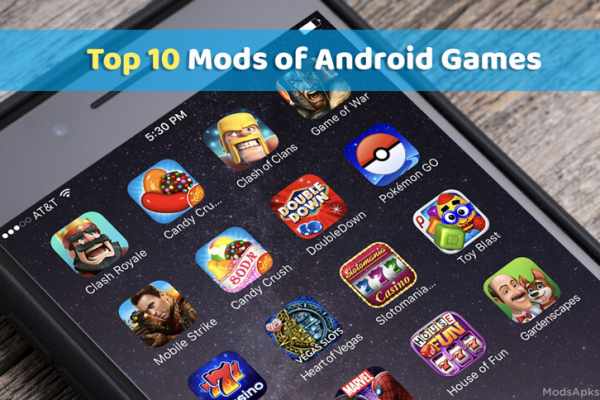 Android Games Mods: Why Everybody Should Be Using The Modded Apps?

How to Choose a CO2 Compressor

How to Stop ISP Throttling

Why You Need to Get Familiar With Samples Before Writing

Essay writing occupies an important place in students’ lives. But sometimes it can be difficult to cope with an assignment....