The world of cryptocurrencies is definitely an exciting one. As we saw in 2020, the world’s thirst for cryptos of all kinds will only grow as the days go by. Let’s see about Scamcoins and how to stay away from scamcoins.

Given how the crypto boom of 2017 minted countless numbers of crypto millionaires (and even billionaires), many are paranoid about missing out on the next big thing.

The extreme volatility of the crypto marketplace means that billions can easily be lost or made in the blink of an eye.

In an afternoon, you could find yourself making your investment over 1000 times without even breaking a sweat. But don’t forget, you could also end up losing everything before you even know what’s going on.

Amidst all of this excitement, you can easily find yourself caught up in the crowd. During such times, people will be constantly on the lookout for the next big thing.

And it is because of this, that scam coins have become a major problem.

Cryptocurrencies have changed the way that we think about money. Traditionally, fiat currencies are issued by a government’s central bank.

The value of said currency is guaranteed by the government that issues it.

With cryptocurrencies however, we’ve seen how digital assets, unaffiliated with any government can be used as a medium of exchange. Where fiat currencies are issued by a central bank, cryptos can be mined by anyone in the community with the right equipment.

This means that just about anyone is able to issue their own type of cryptocurrency. Dogecoin is one such example; created as a joke based on the popular Shiba Inu meme, it was somehow able to explode into popularity.

An unregulated market and an extremely volatile market will only lead to one thing – which is rampant and uncontrolled speculation.

As was mentioned before, the 2017 crypto boom made countless numbers of investors ridiculously rich. However, it has also ingrained a fear of missing out (FOMO) in many more.

Combined with an unregulated market, you basically have a scammer’s dream come true.

All too often, gullible investors hoping to chance upon the next big thing find out that they’ve dumped thousands into what is basically rubbish. Out of pocket with thousands, there’s basically nothing that can be done.

Given the murky nature of the crypto market, authorities won’t be able to bring the perpetrators to justice nor recover the lost funds.

It doesn’t matter whether you’re a fresh investor or seasoned veterean. These scammers prey specifically upon greed and the fear of missing out. And this is why they’re so effective.

But there are ways to protect yourself from these scams, and here are some telltale signs that the coin you’ve been invited to invest in is a sham.

One important thing is to understand how cryptocurrency shifts value, you read more about it here: https://blog.tezro.com/cryptocurrency-value/

This is probably the biggest warning sign that you should keep a lookout for when being offered a new coin. These con artists often try to lure victims in with promises of 5 figure returns and other nonsensical claims.

Along the way, these guys will probably tell you that the coin is available for a limited time only and the price is going to the moon real soon.

Remember: as tempting as they may be, tales of overnight riches are probably never going to happen.

And if a seemingly new and obscure coin is offering you constant high returns, be extremely suspicious.

These operations are usually pump-and-dump schemes that lure investors in with high returns to jack up the price of the coin. Once a set price is reached, the perpetrators cash out and leave everything to crash and burn.

So you’ve been offered an ICO for what looks like a promising new coin that’s due to hit the market soon.

Everything looks above board and you’re impressed by their projected returns on investment.

But taking a closer look, there isn’t a white paper or any type of study on how the coin works. Even worse, you can’t seem to find any information on this coin.

Chances are, you’re looking at a scam coin.

At best, the coin is a fork of one of the more popular cryptos. The worst case, you’re likely investing in a coin that does not even exist.

Before taking the plunge, always be sure to do your homework and ask the right questions – you’ll be surprised by what you find out.

Know this: the best cryptocurrencies are often open-sourced. Basically, an open-sourced crypto allows anyone to take a look at its codebase.

This is important to identify potential weaknesses in a coin’s security and to ensure that the coin actually exists. If a coin is close sourced, then you’ll probably want to be extra careful.

While some developers have their reasons, generally speaking, a close-sourced project is oftentimes less trustworthy.

So there you have it. All you need to know about scam coins and why you need to stay away from them at all costs.

5 Employee-Approved Ways to Show Your Staff You Appreciate Them

How to Maneuver a Business to Industry Success 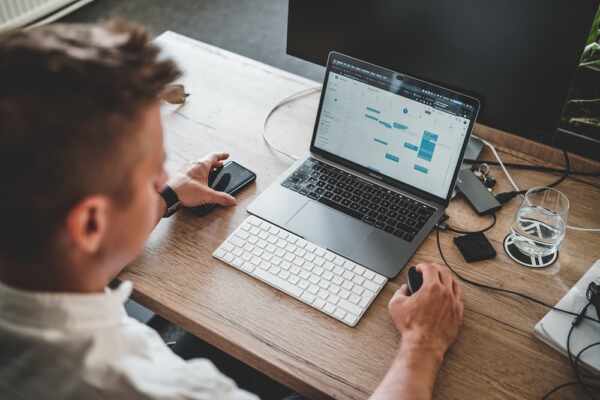 7 Benefits of A Contract Management Solution in Your Business

What To Know About Site Builders?

Before going any deeper into this topic, you should consider knowing about what site builders are, what they do, the...