The Super Bowl is a quintessentially American event, with over 96 million people viewing the 2021 game. It’s a time for football fans and casual viewers to gather together to eat good food and watch the big game.

While the Super Bowl is one of the most significant sporting events in the United States, many people don’t know the game’s origins. The history of the Super Bowl goes back over 50 years. If you’re curious to learn more about the Super Bowl, read on for more information.

What Is The Super Bowl?

The Super Bowl happens each year as the final game of the National Football League (NFL) season. The first Super Bowl was held in January 1967 and it replaced the NFL Championship Game.

In 1960, the American Football League (AFL) was founded. It was begun by a group of businessmen that wanted to own pro football franchises. However, they were frustrated by the NFL not being willing to expand.

The AFL was an alternative league that played a more open brand of football. It functioned for 10 seasons until it merged with the NFL. After that, it was known as the American Football Conference (AFC).

A rivalry sprung up between the AFL and the AFL after its inception. This rivalry helped propel the popularity of professional football beyond that of baseball. At the end of the 1960s, football accelerated into being a popular spectator sport.

In 1966, Lamar Hunt, the owner of the Kansas City Chiefs, and Pete Rozelle, the NFL Commissioner, negotiated an agreement stating that the two football leagues would merge in 1970. Until that time, the NFL and AFL champions would play against each other at the end of each season.

It was Hunt’s idea to call the championship game the “Super Bowl.” Rozelle and Hunt had plans to develop a better name, but sportswriters started using the title before the inaugural game, and it has stuck ever since.

See also  What are the Hottest Gaming Software Today?

When Was the First Super Bowl?

The first Super Bowl was on January 15, 1967. The Kansas City Chiefs of the AFL and the Green Bay Packers of the NFL played against each other at Memorial Coliseum in Los Angeles. The Packers defeated the Chiefs, with the final score being 35-10.

The Packers were favored to win before the inaugural game. Many football fans likely took part in betting on NFL score predictions leading up to the big game. Over 60 million people turned on their TVs to watch Super Bowl I.

The Chiefs kept the score close during the first half of the game. At halftime, the Packers lead 14-10. However, the Chiefs only had one touchdown in the second quarter.

The Packers continued to dominate the remainder of the game. They made three more touchdowns in the second half.

Bryan Bartlett “Bart” Starr, the famed quarterback for the Packers, made 16 out of 23 passes that night. Starr was named the Most Valuable Player (MVP) of the first Super Bowl.

However, the AFL didn’t let a significant loss dictate the future of the league. The New York Jets beat the Baltimore Colts 16-7 during Super Bowl III.

The Super Bowl continued after the two leagues merged in 1970. The top teams in the National Football Conference (NFC) and AFC play against each other for the NFL championship.

The Popularity of the Super Bowl

There was a lot of anticipation before the first Super Bowl, but the hype seen then doesn’t compare to now. Tickets for the game didn’t even sell out. Football fans, at that time, weren’t used to traveling to neutral sites out of their team’s area.

As we mentioned before, the AFL’s Super Bowl III win gave credibility to the AFL. There’s a two-week gap between the AFC and NFC championship games, which provides the media with time to hype up the event.

In the early days of the Super Bowl, the halftime show consisted of marching bands from local high schools or colleges. As the game’s popularity increased, famous musicians and singers were booked for the pre-game ceremonies and halftime shows. They were sometimes there to sing the National Anthem.

See also  Barbatos Genshin: Everything You Need To Know!

The NFL sought to increase viewership of the Super Bowl by booking an A-list musician. They approached Michael Jackson to perform at Super Bowl XXVII. More than 133 million people tuned in, making it the most-watched Super Bowl halftime show to date.

Since the Super Bowl is one of the most-watched sporting events in the world, it’s a great place for companies to place advertisements. There have been many well-known commercial campaigns that have sprung up because of the Super Bowl.

Some people say they only watch the Super Bowl for the commercials. One of the most famous Super Bowl commercials was from Apple in 1984. It announced a new Macintosh computer and only cost the company $500,000 to air.

The Miami Dolphins are the only team in over 50 years to go through a season without losing a game. They came close to losing around six times but never failed. During the Super Bowl in 1972, they had to fight tirelessly against the opposing team after going into halftime ahead by 14 points.

The San Francisco 49ers, at times, have been thought of as one of the greatest teams of all time. They defeated the Miami Dolphins in 1984 by 38-16.

Joe Montana was awarded the MVP distinction for that Super Bowl. They were able to stay on top of Dan Marino of the Dolphins, sacking him four times after the third quarter.

Become an Expert on the History of the Super Bowl

If you’re a true football fan, you should know the details of the history of the Super Bowl. The rivalry between the AFL and the NFL increased the popularity of football, making it one of the most watched sports in the country.

For more information on the origins of popular events, check out one of our other articles. 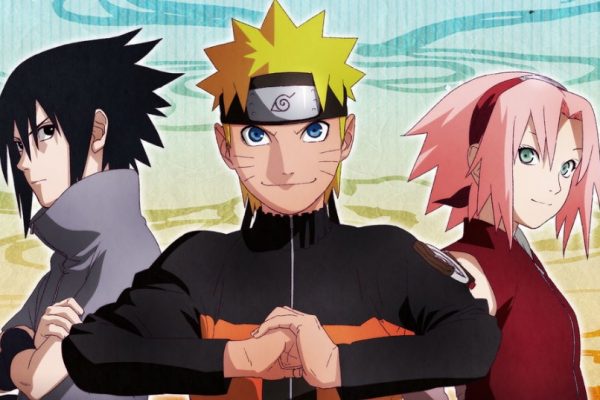 Where to watch Naruto Shippuden Dubbed?

Rarest Pokemon in Pokemon Go: Which Are The Rarest Ones To Find?