The Real-Time Transport Protocol (RTP) is an integral internet protocol standard signifying a manner in which programs needs to manage the real-time transmission of multimedia data over multicast or unicast network services. While the Transmission Control Protocol (TCP) focus on data integrity instead of delivery speed, RTP protocol favors faster delivery and focus on mechanisms compensate for data integrity loss.

How Does RTP Protocol Work? 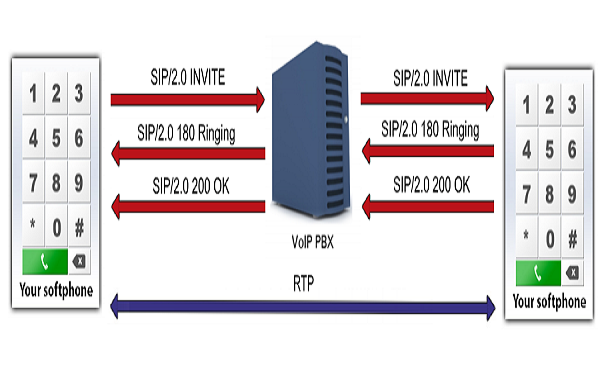 RTP protocol basically lays out the standardized format for extending audio and video over various IP networks. It is used along with Real-Time Transport Control Protocol in order to ascertain that various media streams can be coordinated and Quality of Service can be adhered to simultaneously.

In the realm of distributed computing, losing any form of data can be detrimental. However, in media streaming, this loss can be redeemed via algorithms that patch late or undelivered data in real-time. Furthermore, the RTP protocol extends the opportunity to integrate frame padding in order to protect visual stuttering. It also enables the application of an algorithm that patch dropped out the audio and protects extraneous digital disturbance or clicks.

Following are some of the prominent components of RTP protocols

It is referred to as a data packet that includes fixed RTP headers, a list of contributing sources and payload data. One main protocol encompasses a single RTP packet. However, it can contain several if permitted.

It is controlled packet encompassing fixed header part that resembles RTP data packets along with structured elements based on the type of RTCP packet.

Port is the transport protocols that are used to define multiple destinations within a specific host computer.

A multimedia session can be defined as a set of contemporaneous RTP sessions amongst a group of conference participants.

It is an association between a particular group of participants who communicate via RTP protocol. A single participant can be a part of more than one RTP session at a single time.

RTP Payload is highlighted as the data that is transported by RTP in a packet. Compressed video data or audio samples are the perfect examples of RTP Payload.

Following are the areas where RTP protocol is used –

To begin with, the conference host through allocation mechanism acquires a multicast ground address along a couple of ports. One port is kept for the audio data while the other is used for RTCP packets. The address and port data are shared with all the participants. If privacy is an important part of the conference, the data and control packets can be encrypted. In such a case, the encrypted key is also distributed amongst the participants. Each participant shares his/her audio data in small packets. Every audio within this application periodically multicasts a reception report along with user mane on the RTCP port. This is done to ensure the transmission quality and also ascertain the presence of each member in the audio conference.

If a conference encompasses both audio and video media, they are broadcasted as different RTP sessions. This means unique RTP and RTCP packets are presented for each media using two distinctive UDP port pair and multicast address. Furthermore, there is no exact combination at the RTP level between video and audio sessions. However, a user participating in the sessions should use the same canonical name in the RTP packets in order to link both the sessions.
A primary motive to separate both the media is to enable participants to choose the medium they desire. While there is a separation, participants can obtain synchronized playback of audio and video sources can be obtained through timing information used in RTCP packets.

Typically all sites want to acquire data in the same format, but it is not the case every time. There might be times when some conferences participants are connected with high-speed networks, while some are stuck with low-speed network access. Rather than forcing all the participant to use low-quality audio encoding, lower bandwidth, RTP protocol level called mixer is integrated into the low-bandwidth region. The mixers resynchronize incoming audio numbers to restructure the 20ms spacing created by the sender, combine these restricted audio streams into a single stream and share the packet across low-speed network region. It can be sent to a single participant or ground, depending on the requirement. Moreover, the RTP protocol header contains an effective tool through which misers detect the sources contributing to a mixed packet to ensure that the accurate talker indication can be offered to the receivers. Mixers and translators are designed for multiple purposes.

Multimedia applications must be capable of adjusting the transmission rate in order to align the potential of the receiver. There are various implementations that put the rate adaptability responsibility to the main source. In the case of multicast transmission, this scenario doesn’t work due to the conflicting requirements of the bandwidth of the heterogeneous receivers. Subsequently, the smallest pipe of the network tends to mesh, lowering the fidelity and quality of the live multimedia broadcast.

Rather rate-adaption responsibility can be put at the receivers end by integrating a layered encoding coupled with the layered transmission system. The source can stripe the progressive layers associated with hierarchically represented signals throughout various RTP sessions. Consecutively, receivers can adapt to this heterogeneity of network and manage their bandwidth reception by combining only the right subset of multicast groups.

How to migrate using all in one wp migration?

13 Key Technology Trends of the Future You Must Watch