While talking about computer security, the leading threat is a virus. It is capable of destroying the whole computer system or a single program. The first virus was created almost 50 years ago, in the 1970s, and was called the Creeper virus. The first hacker-made virus was formed in 1981 and was spread through Apple floppy drives. More than 50% of the threats that are capable of affecting your computer security are viruses. Other threats are adware, Trojans, malware, worms, etc. Viruses are still popular means of affecting your PC performance and are a tool for hackers to have unauthorized access to your computer and steal private data. Therefore, it is important for you to be aware of popular types of computer viruses, which can be harmful to your PC.

It is a non-resident virus and does not install itself. It does not remain hidden in your PC’s memory and is one of the file infector viruses. It works by sticking itself to a specific type of file (like COM or EXE files). Direct Action Virus activates only when someone executed the files, and then looks for similar files to attack. 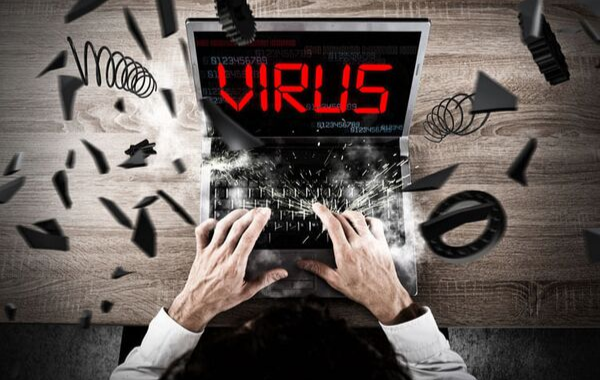 It is a type of file infector and is capable of installing itself on the computer. So, even if you successfully remove the original source of the virus, it can spread further. Therefore, it is considered to be more dangerous than the direct action virus.

If resident viruses are programmed well, it becomes tricky to spot as well as remove them. These viruses can be split into fast and slow infectors. While fast infectors cause damage quickly and are easy to recognize, slow infectors are harder to spot since their symptoms develop slowly.

In worst cases, they can even stick to your anti-virus software, attacking every file your software will scan. Thus, an anti-malware is not enough to protect you, and you will need a unique tool like an operating system patch to remove this virus completely.

Amongst types of computer viruses, this one is the most dangerous from the user perspective. This is because it is capable of infecting the master boot record and is notoriously difficult to eliminate. To remove such virus, you may need a full system format, especially if the virus has excessively damaged the code or has encrypted the boot sector.

Boot sector virus spreads via removable media. They were immensely popular during the 1990s, because, at that time, floppy disks were the norm. These days, this virus spreads through e-mails attachments and USB drives. Thankfully, due to improved BIOS architecture, this virus hardly pops up.

This is one of the most dangerous types of computer viruses, because, unlike those viruses that spread through one method or deliver one payload, this virus uses it all. The multipartite virus can spread in several ways and may take disparate actions on infected PC depending on variables like the existence of certain files or the operating system installed.

The multipartite virus can simultaneously infect both executable files and the boot sector, letting them act swiftly and spread rapidly.

The two-pronged attack makes it tough to eliminate them. Even if you disinfect your PC’s program files, if the virus is in the boot scanner, it will instantly proliferate once you turn on your PC again.

It is one of the most frustrating types of computer viruses, as it deletes the contents of any file that it infects, and the only way to eliminate this virus is to remove the file from your system. So, you will end up losing all the contents of the file that it attacks. If can infect both an entire piece of software as well as standalone files.

This virus has low visibility and spreads via email, making it difficult for an average PC user to identify it. They were more popular in the 2000s with Windows NT and Windows 2000, but you can still find them.

One of the least detectable and removable types of computer viruses is polymorphic virus. It is because anti-virus firms require multiple days or months for creating the detection routines that can catch a single polymorphic.

If you are still wondering why are they so tough to protect against, you must know that anti-virus software is able to only blacklist one type of virus but this virus changes its binary pattern or signature every time it replicates. So, an anti-virus program is not able to detect the virus.

Also known as cavity viruses, this virus is one of the most intelligent types of computer viruses. It will simply stick itself to a file and can also get into the empty spaces of a file. This way, it can infect any program without destroying the code or increasing its size. So, a stealthy anti-detection technique would not be able to detect spacefiller viruses.

Fortunately, such virus is rare, though the rise of Windows Portable Executable files is providing them with a new lease of life.

You must take sensible steps to safeguard your PC from dealing with crippling fallout in case you are infected by one of the types of computer viruses.

For starters, you should use a highly efficient antivirus suite, sometimes even free online virus removal tools and virus scanners can do the job. Next, avoid opening emails from unauthorized sources and never trust a free USB device from expos or conferences. Additionally, never let a stranger use your system or install software from unrecognized websites.

Apple Mouse Not Working? X Tips to Fix It