So you have to screenshot the complete screen on your Mac and you have been looking out for ways to do that. Well, you screenshot the complete screen on your Mac, a window, or mere a specified portion of the Mac screen. Also, if you are someone who has already upgraded to macOS Mojave, you will be able to utilize Shift-Command (⌘)-5 in order to capture every type of screenshots or for making video recordings of the screen.

Moreover, there are many other keyboard shortcuts, for example, Shift-Command-3 and Shift-Command-4, which keep on working in almost all macOS versions. So let’s get started with our step-by-step “how to screenshot on mac” guide:

In all of the macOS versions:

How to capture a window

Capture a Specified Portion of Your Screen

How to capture a Menu

While you get a screenshot on your macOS Mojave, you will be able to locate a thumbnail of the screenshot which will show up briefly in the lower-right corner of the screen.

In the end, if you still aren’t wanting the thumbnail to show up, go ahead and click at “Options” in the onscreen controls, and then utilize the option called ”Show Floating Thumbnail” in order to change the entire setting as per your needs.

How Screenshot on Mac Not Working? Solution

According to an Apple Discussion, a user stated, “The shortcuts for the screenshot on my MacBook Pro are not working. I hear the camera shutter sound but they are not appearing on my desktop and when I search for any images created today on my Mac, they are not there. Does anyone know how to fix this?”

Well, if we talk theoretically, to take a screenshot on Mac is quite easy especially when there is not any matter running. However, when it comes to the users, many have reported saying that they have met this issue of “the Mac screenshot not working” as we have said previously without any particular reason. So how can one fix this problem timely and also continue with a screenshot on Mac? Well, below are a few effective tips for the same.

4 Tips to Fix “Screenshot not working on Mac” Issue Effectively

Most of the users have located the command shift 4 to be not operating on their Mac’s while they had to capture a screenshot of a specified area and no camera shutter or no image that has been stored on Mac. So no need to worry, you can fix it by following the methods we have given below.

Not restarting your Mac for a long time may become the cause of some applications to be not working well. So how what you should be doing next? Well, you will be able to restart your Mac with the use of three ways we have mentioned below:

Move to “System Preferences” > “Keyboard & Mouse” > “Keyboard Shortcuts” > check whether the shortcuts have been activated or not below Screen Shots. Moreover, make sure to run a check on if they have been assigned or not to something else.

3. Utilize Grab for taking a screenshot on Mac

In the case, if the above-mentioned two solutions don’t work or can’t fix “Mac screenshot not working” issue, and also, you have to get it done it in a hurry, then you may use the “pre-installed Grab on Mac” in order to take a screenshot of a specific area or section from the entire screen or an individual window or even the complete screen.

Move to “Applications” > “Utilities” > find and open “Grab” > “Capture” > choose in order to capture a particular screenshot depending on your own requirements.

4. Take a screenshot with the use of Preview

A preview is basically a tool by default which allows you to open as well as edit your images. Moreover, you are able to also capture a screenshot by just clicking at the toolbox icon.

Move to “Preview” > click “File” > select “Take Screenshot” that you can see at the resulting drop-down menu.

How to transfer the screenshot from Mac to iPhone?

Once you have got yourself a screenshot successfully on Mac, you would definitely require syncing your images to the iPhone that you own. Do you agree with this? So how will you be able to do it with ease?

Well, you can do it with the use of AirDrop which is utilized to transfer screenshot from Mac to an iPhone or you may use AirDrop photos from your iPhone to your Mac. In order to do the same, simply turn on AirDrop as well as the Bluetooth Wi-Fi connection on iPhone along with your Mac, and then, go to your Photos application on the Mac.

Once you are done with the previous steps, go ahead and make a selection in order to share the particular screenshot with your iPhone with the use of AirDrop.

How to transfer a screenshot from Mac to your iPhone?

Apart from that, if you require downloading some of your favorite and interesting TV shows as well as a few movies or if you just want to add some ringtones from your Mac to your iPhone, you can utilize MobiMover Free in order to fulfill all your requirements very easily.

Step 1: At first, you have to connect your iPhone to the Mac by running OS X 10.7 and after that, simply run EaseUS MobiMover Free, and then you have to select “Mac to iDevice“.

Step 2: In a new window, simply click “Add File“/”Add Folder” in order to select files which have to be transferred from your Mac to the iPhone. Moreover, you may also just add files with the use of drag and drop.

Note: All of your photos will get transferred instantly if you have got the “auto-transfer” mode on.  Moreover, you are able to turn it off in the case if you don’t require it.

Step 3: Now, you have to make sure to run a check on the category/categories. Moreover, you are also able to keep them all, or you may just keep “Pictures“.

Step 4: Now, just go ahead and click the button that says “Edit” in order to deselect the files that you don’t really require for now. Then, go ahead click “OK” in order to go on.

Step 5: At this point, you have to Click “Transfer” and have to wait for the complete transfer to get done patiently. After this is done, you may go to your Photos app on the iPhone in order to view your photos that have been newly imported.

So we hope these above-mentioned steps and process have helped you solve any issues related to taking a screenshot on Mac. In the case, if you have been looking out for anything else related, make sure to contact us for the same. 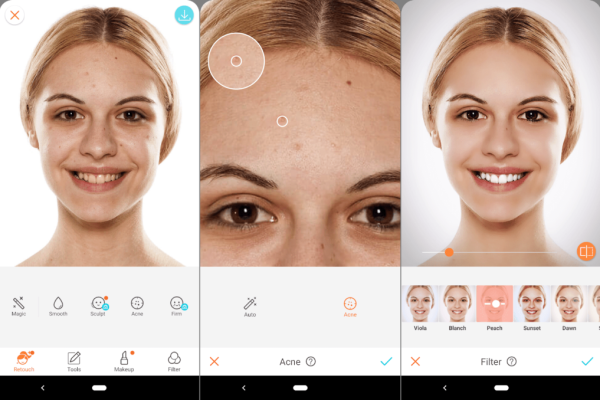 How to Get the Most Money for Your iPhone

Longest Facetime Call Ever & Everything You Need To About It!

IPhone Keeps Disconnecting From WiFi: Why Is It Giving Trouble?