It’s easy to think of gambling like slot online as the twinkling lights of Las Vegas. Neon lights, green felted tables and no clocks on the walls. That’s certainly a lot of what it is today, but gambling hasn’t always been reflected in chips and roulette wheels, it’s history goes back centuries and is heavily inspired by the deities that are believed to assist in luck and wealth. Here’s a shortlist of Gods of Gambling you may know and some you may not, next time you do a scratch card, maybe it’ll be worth asking them to share some favour.

Nezha is a Chinese protection of God, he also handles gambling and fortune. After being  sent to his mothers womb to fight demons one earth, his motherwas pregnant for 3 and a half years before birth. Misunderstanding the situation, his father tried to kill him but it was revealed he was a nice, walking and talking child by that point.

Shortly after this, he accidentally killed the son of the East Sea Dragon King Ao Guang. Mortified of the shame he had brought upon his family, he committed suicide but was reborn, with the aid of Taiyi Zhenren, and gifted flaming spear and wind fire wheels to continue on the work he was made for.

A Navajo God, known as The Great Gambler, and renegade son of the Sun God Tsohanoai, Nohoilpi arrived on Earth and proceeded to teach the various tribes about his games. He began to abuse his position and began besting all the people in exchange for their freedom as he enslaved them.

An unnamed Navajo man arrived one day and challenged Nohoilpi to three games, the God accepted. One after one, the Navajo man beat Nohoilpi at the games and won the land its freedom. The Navajo man then threw the defeated Nohoilpi into the sky to live with the Mood God and to rule the Mexican people instead.

Macuilxochitl, meaning ‘Five Rabbit,’ is one of the Aztec deities who preside over excess, over-indulgence and, more specifically to Macuilxochitl, gambling. It’s not all bad, known as ‘the flower prince,’ he is a god of many things like music, dancing, painting, writing, feasts, games and gambling.

They know how to have a good time but they are not without limits, as they are also known as the one who draws the line between pleasure and excess and has been known to punish over-indulgers with debilitating venereal diseases.

Lakshmi is probably the most celebrated deity on this list and, as the Hindu Goddess of wealth and prosperity, she is still worshipped today. Thousands of years of worship over 3 separate regions, she is the eternal consort of Vishnu; the protector and preserver of the world.

Lakshmi was created from the primordial ocean. When Indra, the God of War, went on something of a rampage of arrogance, she abandoned him and hid beneath the ocean for a millennium. Indra was forced to battle attacking demons until he made amends for his mistakes and eventually, the other Gods felt it was time to bring her back.

Able to bring wonderful luck and gifts, as well as swift and terrible punishment to those who deserve it, Lakshmi finds her place on this list well deserved.

Many know Hermes as the Greek messenger with winged sandals who would run around on Mount Olympus with his father Zeus and the others in the pantheon. The stories say that Hermes was conceived, born and grew up in a single day (if only it was that easy). According to Greek legends, many credit him with the invention of dice and the Lyre.

The ‘Divine Trickster,’ Hermes is always up to some sort of mischief with a reputation for outsmarting other Gods and taking a particular pleasure in messing with Apollo.

The Roman Goddess of Fortune and Chance and the personification of luck, Fortuna proved a mainstay in the hearts of the people, even with the rise of Christianity. She was regarded as a bearer of prosperity and increase, as such she is often designed to resemble a fertility Goddess.

Often shown to bear a cornucopia to represent her abundance of giving and a ship rudder as a controller of destinies, Fortuna’s actual origin is a little hard to pin down as it may have been a transfer from another pantheon.

Many will recognise Thoth purely from a description alone; a human body with an Ibis head. Instead of waiting to be born, Thoth  created himself and became vital in Egyptian mythology; his role included a part in maintaining the universe as well as being the deity that is credited with the invention of writing, hieroglyphs, wisdom, magic, science, judgement, the dead and even gambling.

Interestingly, Thoth has been depicted in various ways depending on which aspect of his dominion that they wished to convey. Usually seen in his standard Ibis head form, he has also appeared with various headdresses, as an Ankher and even as a dog-faced baboon when taking his place as the god of equilibrium.

Although not a god, if you are of the Catholic faith, gambling does have its own patron saint; Saint Cajetan. He is the patron saint of Argentina, the unemployed, good fortune and gamblers.

Born on October 1, 1480, Cajetan was the son of Gaspar, Lord of Thiene and Mary Porta. Cajetan studied law in Padua and received his degree as doctor utriusque juris at 24.

He founded a hospital and a bank to help the poor and offer alternatives to usurers; it would later become the Banco di Napoli.

Passing on August 7, 1547 in Naples, his remains are in the church of San Paolo Maggiore and was beatified on October 8, 1629 by Pope Urban VIII and Canonised into sainthood on April 12, 1671.

Here we have presented most of the gambling’s deities, I’m sure a quick prayer to one of these gods or goddesses may get you the luck you want. However, the key is to remember the fact that a great gambler never relies solely on luck. Learn strategy, read up and become as versed on what you want to play as possible. In these games, the most important thing to do is practice.

How Watching the NBA Inspires You to Do Better?

3 Main Differences Between Bongs and Bubblers – Find One at an Online Smoke Shop! 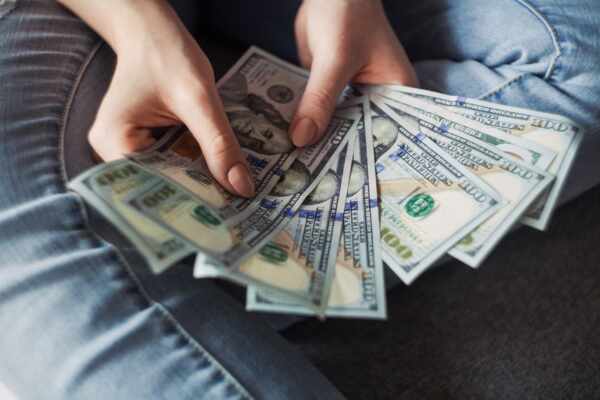 7 Amazing Ways To Diversify Your Earnings

Introduction Data loss can happen anytime, anywhere. It is something that will go unnoticed and wreak havoc on your data...